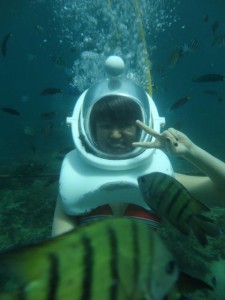 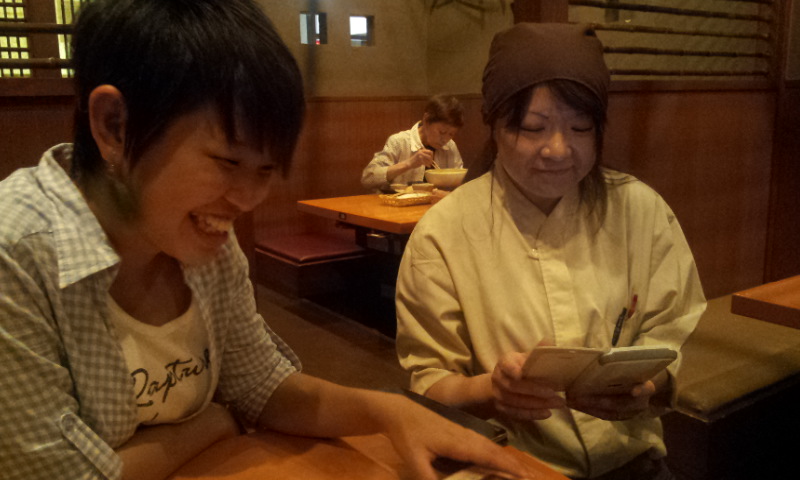 I was home alone, online-ing when the earthquake came. I thought it would stop in a minute but it was getting stronger and stronger until everything in the house fall down. I knew I have to run as soon as the water in my cup spread out. I was unable to walk straight as everything was shaking too fast. I looked carefully while going downstairs. “If I fall now, I will die!” That’s what I was thinking at the moment. I ran to living room and took out the turtle that was struggling in the fish tank. I think he wanted escape so much like me because his swimming speed was the fastest that I’ve ever seen. A turtle on right hand, cell phone on left hand, pimjama and slipper. That’s what I looked like when I ran out from house. I was nervous and excited while standing outside of the house and stared at the shaking house, wondered if it would collapse or not. The tiles of the house next door was falling, other people were standing outside of their house like me. It stopped after a while. I thought it won’t come again, so I put the turtle into fish tank. And I found out that I was wrong. The house started shaking again. He was struggling in the tank. I can tell he was scared. So did I. I took him with me and ran outside again. He seemed calm down when he was with me. The aftershock happened about 4 times. Everything appeared in my eyes was just like the scenes that would appear in the movie. “Am I dreaming?” No, I was not. Houses were on fire. The sound while the ambulance cars ran on the road made me nervous. Old woman tried to calm her grandchild down. I tried to call somebody else but the line had been cut so I was not able to contact anyone. The thing I can do was standing there, with a turtle on my hand. Cold, noisy. It happened so fast that everyone did not realize about it. 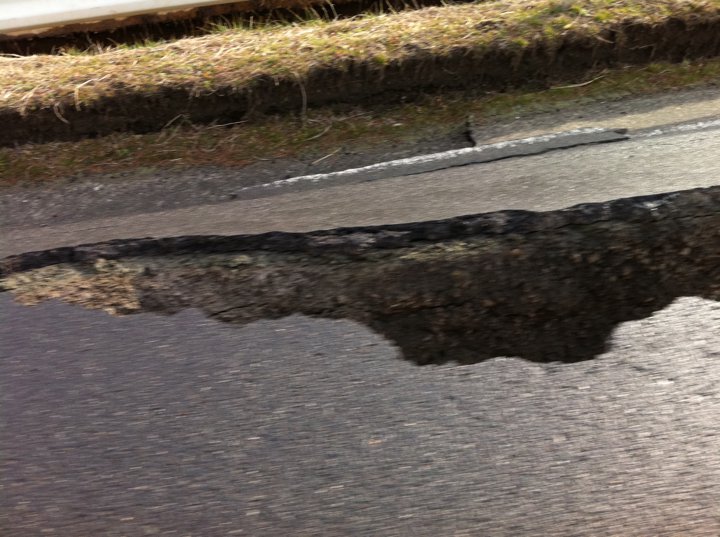 The electricity and water had been cut. We thought the aftershock might come again so we decided to sleep in car. It was a very cold, cold night. I slept around 3 and woke up at 6. Some people stayed awake for whole night. I think no one could sleep well that night.

All the goods in convenience-store were sold out. The thing that really surprising me was Japanese still can lined up to buy things. No theft and violence (in my area). I was impressed. I took what was left and line up to pay. The convenience-stores in Japan were always fulfilled with goods but now it was empty, like the scene in zombie movie. We couldn’t eat the cup noodles without the hot water. Then we decided to go to hospital to get some hot water. The first time I felt good to stay in hospital because they got everything here. My X-boufriend’s father was sleeping on the hospital bed and

yelling. He got into hospital few days ago because of excessive drinking. This was not the first time he drank too much until he forced to come here. We told him how worse the situation outside there but he didn’t trust it. The anti-shock technology of hospital in Japan is very good so he didn’t feel the same way as we did.

Watching the news on tv. “Fukushima Nuclear Power Plant No. 1…radioactive material might be released…state of emergency…” something like that was talking by everyone. I tried to call my family after seeing the news. I can’t let them worry too much about me. I told them that I was safe here and okay. They asked me to leave Fukushima as soon as possible because the nuclear power plant station was in danger. I pretended I was not scared and talked smoothly to them in order to calm them down even that I was scared to dead. I have no transport to escape Fukushima. And so did the other foreign students. My friend, she was together with her boyfriend and his family that time. They were in Koriyama, which was a place that quite danger. The people at there were instructed to wear the anti-radiation cloth while going outside and stayed in house if not necessary. She told me she was okay because they got plenty of foods and electric supply was fine. The place I stayed is called “Yanagawa”, about 60 km from the nuclear power plant station. “If it really exploded, I would be finished. I have to leave this place, temporary.” This is what I thought. But it seemed to be really difficult to leave my place now. Too many problems need to be solved such as water outage, power outage, lack of gasoline, traffic problems, lack of relief supplies and so on.

I found that I was not the one who in the worst situation until I met them. A group of young girls came from China to work in the factory of Japan with a low salary. They are legal cheap labors. All of them were in panic and freak out. They all wished to go home but the biggest problem was their passports were not with them. The owner refused to return their passport to them. They looked so helpless. I ate dinner with them that night and talked a lot with them until midnight. It was the best dinner I’ve ever had during that period. I heard that the oldest girl among them tried to tell the owner that they really wanted to go home and the owner let them went back at last. I hope they’re doing well now.